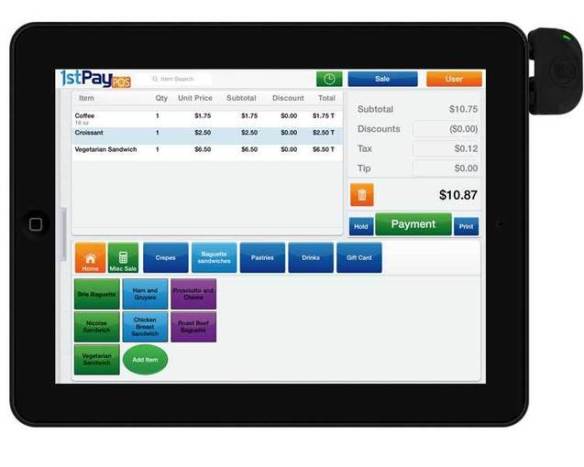 Mobility is the buzzword for consumer technology at present. From phones to computers, entertainment systems, navigation, and fitness or health tracking devices, being mobile is considered as the norm for practicality. 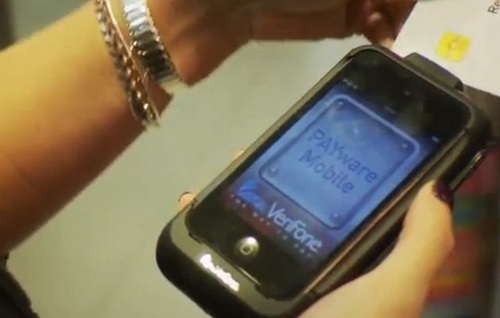 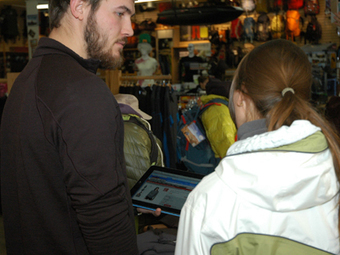 Large retailers to ramp up mobile POS strategies in the second half – comments from @jmckee_YG of @YankeeGroup http://t.co/tpRo3Hq5H9

TechCrunch Disrupt NY 2013 startup alley company Koupah is a fresh take on the tablet-based point-of-sale space, which is growing in popularity among SMBs who want a solution that’s flexible, extensible and less expensive than legacy POS-specific…

Flint Mobile joins other providers in updating its offerings to remain competitive.

Great for card skimmers – take a picture of credit cards!

I was lucky enough to have been involved in a company that developed and sold one of the early Windows based POS systems in the early ’90’s. Back then retailers either had simple dumb Electronic Cash Registers or the really adventurous had moved on to DOS based systems (including PC’s) with the old green screen character based interface at Point of Sale.  There was some pretty serious discussion about why retailers would want to move to Windows when the old DOS systems were still working.  Retailers really like to “sweat” their assets (POS) for the longest possible time before changing.  But in the end there were compelling reasons for them to switch and most did, with Windows becoming the prevalent systems for most retail POS.  Mostly DOS became obsolete and unsupportable and finding PC’s that still ran it or programmers that could still build or support DOS systems became increasingly difficult.

Well guess what?  The time for change has come again to Retail POS and again there are compelling reasons to make the change (probably even more compelling than ever before).  Again retailers are holding onto existing systems and debating about whether or not to change. As you will see in a post below the USA based Retail Information Systems Magazine (RIS News) compares it to the Y2K Moment that drove a number of retailers to upgrade their systems to be Y2K “compliant” – usually Windows based.

No-one can argue that there is some serious structural change happening in retail at the moment.  You just need to look at retail segments like Music, Books and Newsagents to realise traditional retail stores are under serious threat.  Even our traditional Department Stores with a focus on fashion are starting to produce some very ordinary results.  It can’t all be blamed on the soft economy or overseas online retailers getting a tax break.

The way people shop has changed.  Customers are now better connected and better informed than ever before and armed with Internet capable mobile devices when they shop.  They have better, more powerful technology in their pocket than most retailers have in their stores (or at Head Office for that matter).  To be effective retailers now need POS systems that are cross-channel aware (online, mobile and instore), that allow customers to connect and communicate using their social networks and that are mobile allowing the sales assistant to enhance the customer experience with the customer instore.  These POS systems are very different from the traditional Windows POS systems most retailers are using today.  Forbes called mobile POS the “Biggest change to hit retail in 50 years“.

For 2013 the key is going to be mobility.  Retail In-Hand. That is Mobile consumer apps connecting with customers and allowing them to browse and research product, show friends, ask questions and yes even compare prices! They will do it anyway – so why not make it easier by providing instore WiFi?  It also means Mobile POS in store – giving store associates the tools and information they need to better serve their customers on the sales floor where the purchase decision is being made and that includes taking payment on the floor without going back to some static till point or counter.   Bricks and Mortar retailers have the advantage over online retailers of a face to face relationship with their customer.  They must however realise that their customers have changed and won’t hesitate to walk out of the store to order online if their needs aren’t being met in the store.

Retailers are you ready for a mobile 2013?